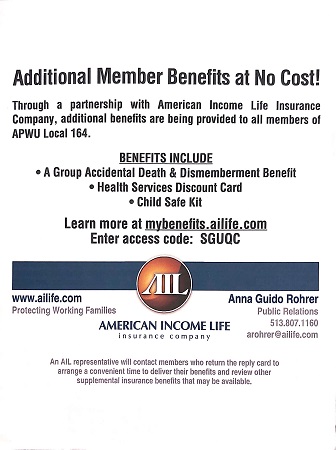 During the June Union Meeting APWU Cincinnati Local 164 voted to endorse in the 2019 National Elections:

Humble, driven by her awareness of the needs of others, Gloria is not only a volunteer, but is also a Humanitarian who is willing to act to relieve the suffering of others... more

The Family and Medical Leave Act (FMLA) was signed into law by President Clinton in 1993. It requires employers to grant eligible employees leave for certain family and medical reasons... more

WIN A 55 INCH TELEVISION AND SOUNDBAR 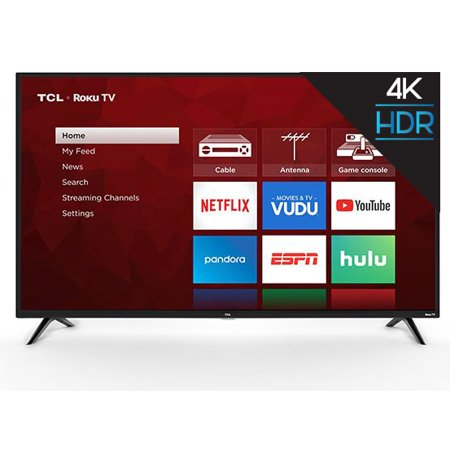 2 Members of the Greater Cincinnati Local will win a HD TV just for Voting in the APWU National Election!

The APWU is fighting efforts by USPS management to dismantle the nation’s mail processing network, which would severely degrade service to the people.

The cuts would cause hardships for the public and small businesses, eliminate jobs, and destroy the world’s most efficient and affordable delivery network by driving away mail and revenue.

The destruction of the mail processing network and the lowering of service standards are part of the same flawed strategy that is behind efforts to end Saturday and door-to-door deliveries, cut post office hours, and make other reductions in mail service.

The travesty is that the cuts are absolutely unnecessary – because postal operations are profitable. The Postal Service, which isn’t funded by taxpayers, earned an operating profit in fiscal years 2013, 2014 and 2015. And, while first-class mail has declined in recent years, package delivery, largely due to the growth of e-commerce, has been rapidly expanding.

There is red ink, but it stems from political interference, not from the mail. In 2006, Congress mandated that the Postal Service pre-fund future retiree health benefits 75 years in advance – something no other public agency or private firm is required to do. That costs the Postal Service $5.6 billion a year – and that’s the red ink.

As shutdowns loom, workers and postal customers are rallying to save facilities.